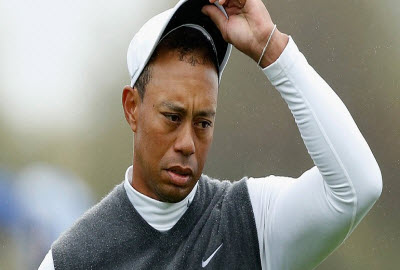 In his illustrious career, Tiger Woods has won 79 titles on the PGA tour, including 14 majors.

There was a time when people took it as a matter of course that he would blow by Jack Nicklaus' record with ease and then go well over 20 or even 25 major titles. However, that fateful Thanksgiving night came, and then a number of knee problems, and now Tiger is just happy to make the cut at majors these days. Here's a look at some reasons why Tiger simply is not going to win any more major tournaments.

The competition in the PGA is stronger right now than it has ever been before during Woods' time on the tour. With players like Jordan Spieth, Rory McIlroy, Patrick Reed, Rickie Fowler and the like entering the tour, there is a younger generation that will make Woods feel old every time he heads out onto the course.

Ironically, it's Woods' fault that they are out here and so good. When they started playing golf, Woods was their idol and inspiration, their motivation for making their own games so good. Where do you think Patrick Reed learned to wear a red shirt on the last round of a tournament? Well, that's what Tiger always used to wear on Sundays – a red shirt and black pants.

Another problem is that Tiger is trying to outhit the younger generation. They are simply blasting the ball down the fairway, and he's trying to keep up.

However, he's not hitting the ball straight on those long shots anymore, and he's paying the price. Tiger was the one who brought workouts to golf, with his devotion to gaining muscle mass and lifting weight becoming a practice for younger golfers too. Tiger still wants to hit his drives over 300 yards, and so now he's not hitting many fairways. He won't sacrifice 15 or 20 yards on a tee shot for the benefit of being in the fairway and getting better looks at the green. He has one of the best approach games today, even after these distractions, and if he would slow that swing down just a bit, he would see benefits. However, his ego just won't let him do it.

When Woods carded an 85 at the Memorial Tournament earlier this year, Jack Nicklaus observed, “He's the only one who can fix what he's got.” Tiger has gone through a collection of swing coaches, but his problems are mental, not technical. In a way, though, he seems afraid to try to solve the problems himself. He keeps talking about seeing improvements in his swing in practice, but that hasn't really shown up on the course for him yet.

He's also only taking part in big tournaments and the majors, rather than using small tournaments to build some confidence. He might still feel like he's above the smaller competitions, but right now he really isn't. His oversized view of himself is why he's not going to win any more majors – it's more damaging to him than the lingering knee or back issues.