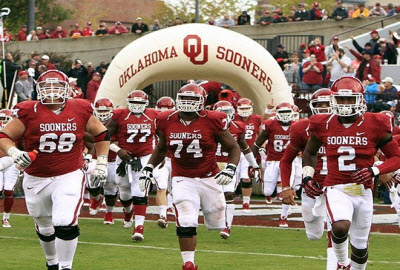 No. 6 Baylor Bears are second in the Big 12 standings, but are No. 12 Oklahoma Sooners the real best team in the conference?

Oklahoma and Baylor meet this Saturday at McLane Stadium in Waco, with Baylor's odds laying three points at press time. Kick-off is at 8:00 PM ET on ABC.

Get all your college football odds at Bovada and get a free 50% bonus.

While Baylor leads the entire FBS in scoring at 57.4 points per game, Oklahoma is No. 16 overall in points allowed at 18.1 per game, and the Sooners have played a tougher schedule than the Bears going into Week 11.

The Sooners are the better team according to the FPI, but they're 3-point road dogs (–120) at press time for this contest. Baylor will be starting freshman and blue-chip quarterback Jarrett Stidham for just the second time in place of the injured Seth Russell, who's out for the year with a fractured neck.

Stidham played well last week against the Kansas State Wildcats, but the Bears dropped the cash as 17.5-point road favorites in a 31-24 victory.

Oklahoma, meanwhile, ranks No. 1 on ESPN's Football Power Index, one spot ahead of Baylor. Since their surprise loss to the Texas Longhorns (+17 on neutral ground) in the Red River Showdown, the Sooners have pummeled their last four opponents by a combined score of 232-50.

We have 30 guests and no members online