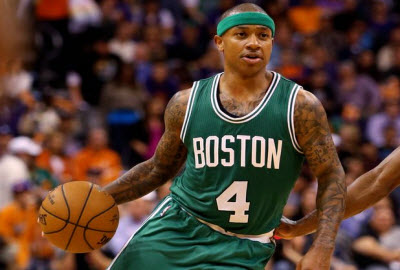 After missing three games to assorted injuries, Derrick Rose was back in action for the Chicago Bulls on Tuesday.

Elsewhere, the Boston Celtics just keep getting better. Boston (19-15 SU, 19-14-1 ATS) has won five of its last seven straight-up and against the spread to climb within one game of the Atlantic Division lead.

Bet on basketball at Bovada and get a free 50% bonus.

The Celtics have reached another level with Isaiah Thomas as their starting point guard. Thomas was expected to play in Wednesday's home game against the Detroit Pistons, despite missing Tuesday's practice with a sprained left thumb.

Fellow guard Avery Bradley, on the other hand, is likely to miss the next two games with a hip pointer.

Chicago has played well recently despite the absence of center Joakim Noah, who remains on the shelf with a torn shoulder. Nikola Mirotic has filled in admirably in his return to the starting lineup, and rookie big man Bobby Portis has taken full advantage of the extra minutes off the bench.

We have 16 guests and no members online