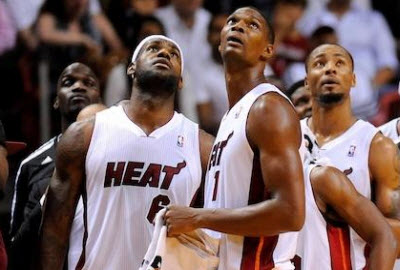 The Heat are back in first place in the Southeast Division, but they could be missing some key players when they visit the much-improved Knicks on Thanksgiving day. NBA-TV has the coverage starting at 7:30 PM ET.

Nobody's laughing at the New York Knicks anymore. They're one of the most profitable teams in the NBA through the first month of the regular season, and they'll have a chance to add to their money pile later when they host the Miami Heat.

Bet on basketball at Bovada and get a free 100% bonus.

The Knicks (8-7 SU, 10-5 ATS) are in Year Two of their rebuilding project under PBO Phil Jackson, and it looks like they landed a gem when they took power forward Kristaps Porzingis fourth overall in the 2015 NBA Draft. Porzingis is already playing like an All-Star, putting up 18.3 points and 12.2 rebounds per 36 minutes while hitting 34.1% of his 3-point attempts.

Miami (9-4 SU, 6-7 ATS) still has the better team at this point, but small forward Luol Deng is dealing with a hamstring issue, and both center Hassan Whiteside and power forward Amar'e Stoudemire have fallen ill. With power forward Chris Andersen (personal) not getting any minutes, the Heat could be too thin down low to deal with Porzingis. They'll also be playing on zero days of rest after taking on the Detroit Pistons Wednesday night in Detroit, while the Knicks are visiting the Orlando Magic.

We have 11 guests and no members online