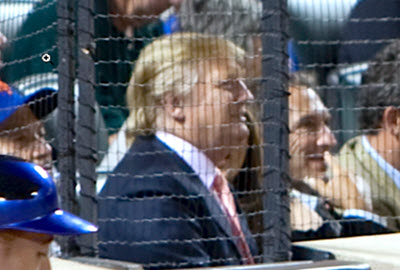 After two weeks of scandal and embarrassment, Donald Trump’s odds of completing a full term as POTUS have fallen to +120.

A series of stunning events and revelations, topped by so-called RussiaGate, has put a major dent in Trump’s chances of completing an entire term.

Bet on politics at Bovada and get a free 50% bonus.

The past two weeks have been incredibly bad for Trump, but the biggest issue on his table is the naming of former FBI Director Robert Mueller as special counsel in the investigation of Russian interference in the 2016 presidential election, and any possible cover-up by the Trump team.

This has drawn comparisons to the Watergate scandal that forced Richard Nixon to retire in 1974 before he could be impeached.

Aside from the Russians, there’s one key difference: The Republicans control both the House of Representatives and the Senate as well as the White House. But that could change after the 2018 mid-term elections.

The Democrats will have to overcome gerrymandering and voter suppression efforts to win, but if they do, impeachment proceedings are almost certain if Trump is still in office by then.

The outcome of Montana's at-large congressional district special election of May 25th will give the first indication of voters mood. The Republican Party went into the race with a 20-points lead, but the advantage is said to have narrowed to the lower single digit.

Get your politics odds at Bovada today.

We have 27 guests and no members online